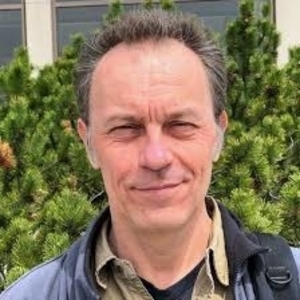 Philippe Gachon received his Ph.D. in 1999 at UQAM in Environmental Sciences, followed by a post-doctoral fellow (Fisheries and Oceans Canada, Maurice Lamontagne Institute). From 2003 to 2014, he was a research scientist at Environment Canada in the Impact and Adaptation Research Division and at the Canadian Centre for Climate modelling and analysis. Since December 2014, he has been a professor of hydro-climatology at UQAM. From 2017 to 2019, he held the Strategic Research Chair on Hydrometeorological Risks Related to Climate Change. Since June 2019, he has been Director of the ESCER Research Centre (Regional Scale Climate Study and Simulation). Philippe Gachon currently leads the Quebec InterSectoral Flooding Network (RIISQ), which brings together 16 universities and more than 150 researchers across Quebec, with colleagues from McGill University, UQAC and INRS-ETE.

His expertise includes regional climate modeling, extreme weather events, regional climate scenarios and associated hydrometeorological risks, and the impact of weather and climate hazards on natural and human systems, including on northern ecosystems and in the sub-arctic regions of Canada.