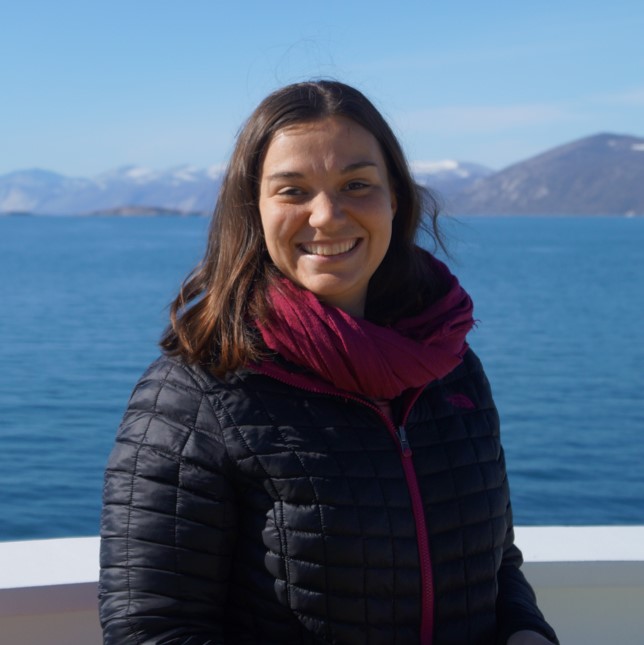 Estelle Allan is postdoctoral research fellow at McGill University. She is a paleoceanographer interested in the hydroclimatic and oceanographic dynamics in polar and subpolar environments. She obtained her PhD at Geotop, Université du Québec à Montréal, where she analyzed the distribution of dinocysts fossilized in marine sediments, along the southwest Greenland margin; they showed a strong relationship with regional hydrographic parameters including sea-ice cover, primary productivity, sea surface salinity and temperature. Her PhD illustrated the influence of changes in oceanic water masses on the retreat and advances of the Greenland Ice Sheet during the Holocene. It suggested a close relationship between primary productivity and melting of the Greenland ice sheet. Now, she is working on plant wax isotope analyses from marine sediments and sediment cores in order to reconstruct the hydrological variations of sea-surface in Baffin Bay and Labrador Sea.